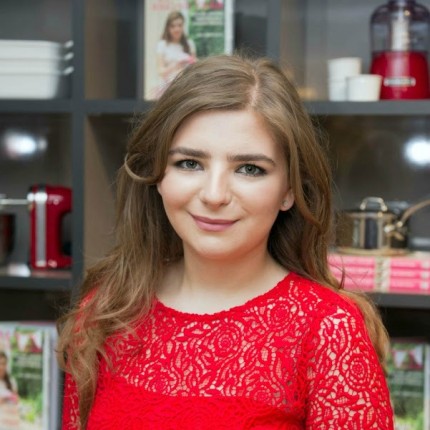 At just thirteen the teenaged baking sensation set up her own cupcake and cake business, quickly acquiring a mass following with Raymond Blanc describing Amy as “A young talent who bakes beyond her years” and predicted a future as ‘the world’s best patissier.’ Honing her craft in the kitchens of The Ritz and Paris World famous Four Seasons George V Hotel, Amy has baked for a plethora of celebrities including Katherine Jenkins, Pixie Lott, Eamon Holmes, Kelle Bryan and even created a spread of Live Aid 30 cupcakes in celebration of Sir Bob Geldof’s thirty years of Band Aid. Demand for Amy’s delicious cupcakes lead to her recipes appearing in the National media when she was just 14.

When she is not at school or in the kitchen writing, creating and baking her delicious recipes, Amy likes performing as a singer, harpist and pianist, and studying fine art.