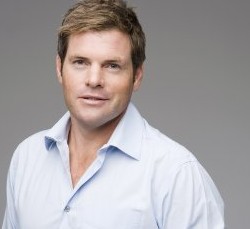 Mark Durden-Smith is one of Britain’s most versatile presenters. He is the host of ITV1’s ground breaking new gameshow Freeze Out. Following his regular Aviva Premiership Rugby anchor duties Mark has been announced as one of ITV’s main hosts for their Rugby World Cup 2015 coverage. He previously hosted Sky Sports Centre and fronted Sky’s BAFTA winning rugby coverage.

Mark has presented ITV’s flagship show This Morning, teaming up with Kate Thornton and Myleene Klass and has also been a regular newspaper pundit on Lorraine Kelly’s sofa for ITV’s Lorraine.

Mark was the anchor for the launch of RI:SE, Channel 4′s breakfast show and he has presented several series of ITV2′s I’m A Celebrity Get Me Out Of Here Now, The Underdog Show with Tara Palmer-Tomkinson on LIVING and Gutted on Home.

Best known for his charm and spontaneous wit he is ideally suited for facilitating conferences and as a consummate awards host.