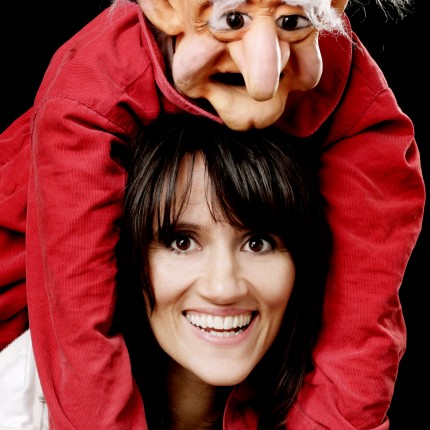 Nina Conti is a ground-breaking ventriloquist, BAFTA nominated filmmaker and British Comedy Award winner. With two sell out UK tours under her belt, Nina embarked on her third much anticipated tour, In Your Face, in the autumn of 2015.

Alongside her live work Nina is a regular on our screens with hugely successful appearances on Russell Howard’s Good News Live at the Apollo and The John Bishop Show. Nina has also appeared on QI, Celebrity Squares, Sunday Night at the Palladium, the Rob Brydon Show and HBO’s Family Tree.

Nina Conti started doing stand-up ventriloquism in January 2002 and shot to fame by winning the BBC New Comedy Award that same year. Famed for her foul-mouthed ‘sidekick’ Monkey (Monk), Nina has won numerous comedy awards for her writing, acting and ventriloquism. Nina regularly headlines at UK and London comedy venues, and has appeared at The Comedy Store and Soho Theatre and has taken numerous shows to the Edinburgh Fringe Festival. She has also appeared at both the Melbourne International Comedy Festival and the Montreal Comedy Festival. In 2014 she was nominated alongside 3 other female comics for The British Comedy Awards: Best Female Television Comic.