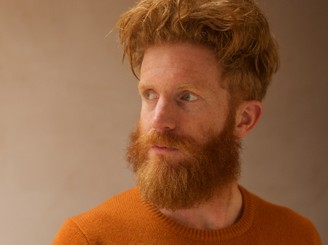 Extreme endurance adventurer Sean Conway is the first and only man in history to swim the length of Britain in 2013 from Land’s End to John O’Groats across 900 miles. He has previously cycled the length of Britain (1300 miles) and in 2015 Sean took on a huge challenge the Great British Triathlon a challenge many considered impossible.

Born in Harare, Zimbabwe, Conway had an adventurous upbringing in the Mana Pools National Park with his conservationist game ranger father, Tony. Sean’s father has been at the forefront of the fight to save the rhino for 35 years, something which Sean passionately supports along with other charities, Solar Aid and War Child.

Giving up a career in photography to pursue a dream of breaking the world record for cycling around the world, Sean gained sponsorship from USwitch.com and set out on this epic adventure on 18th February 2012. After three weeks he was ahead of schedule averaging nearly 180 miles a day. His dreams were shattered in America when a driver hit him causing severe whip lash, concussion, torn ligaments and a compression fracture to the spine. Despite this, Sean continued on dropping to 140 miles per day, changing his goal to get back to London in time for the Olympics and raise money for charity. He made it back with a week to spare, having covered 16,000 miles – 12,000 of them with a fractured spine.

As a motivational speaker, Sean is passionate about encouraging others to take on a challenge and live life more adventurously.

Each presentation is tailored to suit the event’s theme and are built around Sean’s unique perspective on courage, resilience, challenge and a call to action – to ‘Find Your Beard‘. (Beard is an archaic verb meaning to boldly confront or challenge). Sean’s own story of how he ‘found his beard’ is entertaining and inspirational.